What is a Proverb? 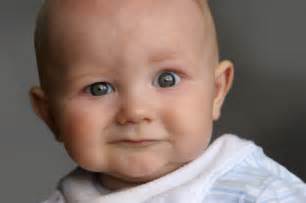 There is no definitive definition of a Proverb. The root idea of the word is “likeness.” A proverb gives a description of something by way of comparison. There are many ways that this can take place. We are most familiar with the short two-liners: (e.g. “A false balance is an abomination to the LORD, But a just weight is His delight.”) This teaches a practical truth in a pithy and thought provoking way. Yet we are also familiar with extended proverbs like the parables of Jesus. Parables also teach a core truth in a thought provoking way.

Proverbs employ poetry to establish their meaning. Hebrew poetry does not rely on meter or rhyme like some English poetry. Instead, two or more lines are stated in a way that the meaning is deepened by the relationship between the lines.

The first line may state a truth that is reinforced through synonymous language in the following line(s). This is called synonymous parallelism. For example: “My son, do not reject the discipline of the LORD Or loathe His reproof” (Prov 3:11).

The following line(s) may reinforce and deepen meaning of the first line by use of contrast. This is antithetical parallelism. For example: “He who keeps the commandment keeps his soul, But he who is careless of conduct will die” (Prov 19:16).

Sometimes the other line(s) of the proverb extend, develop, supplement, or complete the thought.  This is synthetic parallelism. For example: “The sluggard does not plow after the autumn, So he begs during the harvest and has nothing” (Prov 20:4).

Other times the following line(s) employ(s) symbolic language. This is emblematic parallelism. For example: “Like the cold of snow in the time of harvest Is a faithful messenger to those who send him, For he refreshes the soul of his masters” (Prov 25:13).

There are also different types of proverbs. There are discourse proverbs. These are found primarily Proverbs 1:8-9:18. There are short proverbs which are primarily found in 10:1-31:9. There is also an acrostic proverbial poem in 31:10-31.

Email ThisBlogThis!Share to TwitterShare to FacebookShare to Pinterest
Labels: Proverbs