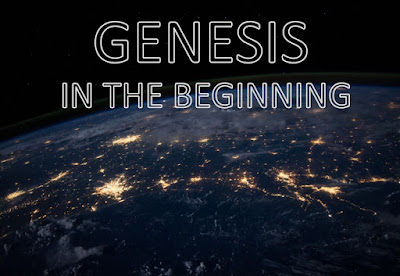 This article is part of a series of articles that resulted from my time preaching through the book of Genesis. The commentary on the passage is my own, resulting from hours of research and exegetical study. It is my intent to draw a biblical theology chapter by chapter through the book of Genesis that places the events of the narratives into the broad picture of the entire Bible, demonstrating the progressiveness of theology and the sufficiency of every Word of Scripture. It is my prayer that these articles are helpful to those seeking a better understanding of the book of Genesis and of the Bible as a whole. The sermon series and other resources can be found at www.fbcroxana.com.

1 Then it came about after these things, the cupbearer and the baker for the king of Egypt offended their lord, the king of Egypt. 2 Pharaoh was furious with his two officials, the chief cupbearer and the chief baker. 3 So he put them in confinement in the house of the captain of the bodyguard, in the jail, the same place where Joseph was imprisoned. 4 The captain of the bodyguard put Joseph in charge of them, and he took care of them; and they were in confinement for some time.

Whatever their offense, these two high-ranking officials were imprisoned. The cup-bearer and baker were highly trusted by Pharaoh, so the offense must have been quite scandalous. They were both left in prison for months or years. Joseph was put in charge of them, and must have gotten to know them very well.

5 Then the cupbearer and the baker for the king of Egypt, who were confined in jail, both had a dream the same night, each man with his own dream and each dream with its own interpretation. 6 When Joseph came to them in the morning and observed them, behold, they were dejected. 7 He asked Pharaoh’s officials who were with him in confinement in his master’s house, “Why are your faces so sad today?” 8 Then they said to him, “We have had a dream and there is no one to interpret it.” Then Joseph said to them, “Do not interpretations belong to God? Tell it to me, please.”

All of this did not happen right away. The cupbearer and baker had been imprisoned for quite some time, and Joseph had been there even longer than them. The LORD works according to His perfect timing, and not according to ours. If we had been in charge of the timing, we would have had all of this happen in the course of a week. But God’s plan is perfect, for He was preparing Joseph for what was to come. Joseph knew nothing of this. He simply acted faithfully before the LORD and trusted Him to bring about the outcome. To that end, he was ministering to the cupbearer and baker, seeking to encourage them, when they revealed that they had had dreams that night. Joseph offered to interpret it, since interpretations belong to God. Since everyone knew that God had greatly blessed Joseph, they were not hesitant to share their dreams with him.

9 So the chief cupbearer told his dream to Joseph, and said to him, “In my dream, behold, there was a vine in front of me; 10 and on the vine were three branches. And as it was budding, its blossoms came out, and its clusters produced ripe grapes. 11 Now Pharaoh’s cup was in my hand; so I took the grapes and squeezed them into Pharaoh’s cup, and I put the cup into Pharaoh’s hand.” 12 Then Joseph said to him, “This is the interpretation of it: the three branches are three days; 13 within three more days Pharaoh will lift up your head and restore you to your office; and you will put Pharaoh’s cup into his hand according to your former custom when you were his cupbearer. 14 Only keep me in mind when it goes well with you, and please do me a kindness by mentioning me to Pharaoh and get me out of this house. 15 For I was in fact kidnapped from the land of the Hebrews, and even here I have done nothing that they should have put me into the dungeon.”

The men were right, because this interpretation could only have been revealed to Joseph by God. He interpreted the dreams favorably, according to the revelation that God gave him. Seeing an opportunity for himself, he asked the cupbearer to tell Pharaoh about him in order to get him out of prison. He explained his unjust imprisonment, and expressed his desire to be freed.

16 When the chief baker saw that he had interpreted favorably, he said to Joseph, “I also saw in my dream, and behold, there were three baskets of white bread on my head; 17 and in the top basket there were some of all sorts of baked food for Pharaoh, and the birds were eating them out of the basket on my head.” 18 Then Joseph answered and said, “This is its interpretation: the three baskets are three days; 19 within three more days Pharaoh will lift up your head from you and will hang you on a tree, and the birds will eat your flesh off you.”

Our trust is in God alone, because men fail us. Yet the cupbearer would be used sometime later to tell Pharaoh about Joseph at just the right time, so that God’s purposes would be brought about. This chapter is only one small step in God’s plan for Joseph.